Regeneration of St Michael’s: The way ahead

West Dorset District Council’s planning and development control committee have now approved our scheme for the development and regeneration of the estate. We believe this will finally give the local economy the shot in the arm that it so badly needs – not only in terms of housing but in the provision of an enhanced environment, a much improved ‘public realm’, an estate that will be more attractive to visitors and potential tenants alike and a scheme that will balance the best of the old (the heritage and the history) with the best of the new.

The plans as now approved are much changed from those submitted and initially approved in 2012 and in 2009. This reflects an ongoing response to the requirements of English Heritage, the local planning authority, the Environment Agency, district councillors, and other statutory consultees.

Approval for our scheme is only in outline planning for most of the estate; much must be done before detailed planning approvals will be received. We estimate a minimum of 12 months before any work can begin (November 2019 at the earliest); meantime, St Michael’s remains fully open for business. In fact, when work begins the estate will remain open and we will do all we can to minimise any inconvenience to our tenants.

Visit our Plans For The Future page for more details.

Its dangerous these days to claim something or somewhere is unique since someone will know better. So when we say there’s nowhere quite like St Michael’s Trading Estate here in our South West corner of Bridport, it’s because we do think there really is nowhere else quite like it!

Stretching back more than 200 years and its role as a key part of the pioneering West Dorset net making and rope making industry, providing equipment for Nelson’s fleet as well as family owned early fishing vessels along the South West coast.

Maybe it’s because of the arrival of the Hayward family . . .

Who became owners in 1968 and have nurtured and managed the estate through many difficult and traumatic times. Without the Haywards, its fair to say the estate would not exist as when the Haywards first arrived planning permission already existed to turn St Michael’s into a housing estate. There’s more about the role of the Hayward Family on the Hayward Legacy page.

Maybe it’s because of the diverse mix of businesses . . .

That have helped the estate survive and grow – retail furniture, top spec bath and shower showrooms, the leading local school meals provider, textiles, car number plates, upholstery, stonemasonry, carpentry and joinery, tailor made garden furniture, glass and ceramic tiles, base for a local bus operator and even a wax work sculptor and a recording studio. Not forgetting the many antiques, collectibles, retro and vintage shops that add an additional unique flavour to St Michael’s. 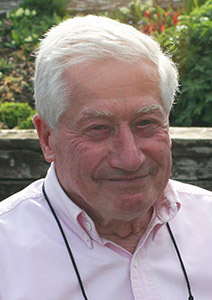 Sadly we have to record the sudden passing of Clive Hayward on January 9th aged 82. Clive has been the man most closely linked with the day to day management of the St Michael’s Estate for nearly 30 years and he was co-owner with his brother Norman.

Clive, along with his brother and their father Norman senior, are responsible for creating the trading estate from the remains of a disused netmaking and rope making factory in 1968.

The family almost single-handedly took down old buildings and built new replacements and have maintained the buildings now for more than 50 years.

St Michael’s now has a unique reputation and character and Clive made an outstanding contribution through his commitment which continued right up to a few days prior to his passing. As Norman Hayward commented to the local press and at Clive’s service:

“His dedication to the estate and its tenants over 30 years was the main reason it has somehow survived through many ups and downs, in particular the diverse mix of traders that has taken its reputation way beyond West Dorset.’

Some 40 tenants travelled from Bridport to pay their respects at the service in Poole on the 29th January. A flag continues to fly at half mast over the Tower Building on the estate. 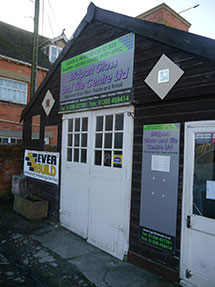 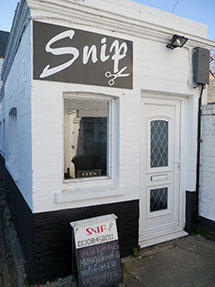 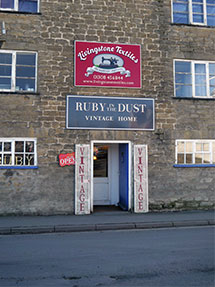 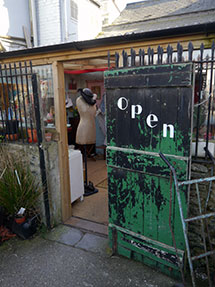 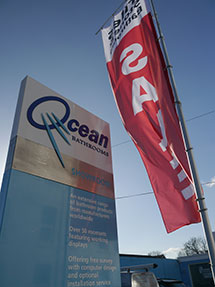 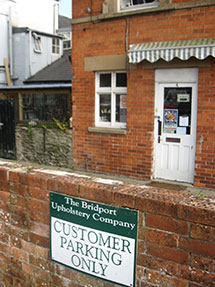 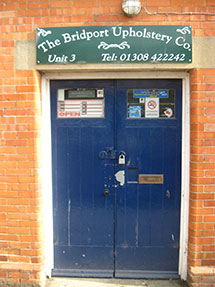 All of these businesses and the many others not mentioned are listed on the Who’s Who at St Michael’s page with links through to the relevant web sites where available.

But its not all about history; we are planning an exciting future for St Michael’s a future that will carefully mix trading and work with living and home – just as it used to be in the traditional rope and net making industry of Bridport Gundry, Edwards Nets, and the family businesses of William Gale and Hounsell where some of the earliest examples of home working and out sourcing were seen.

There’s only one way to find out – don’t just visit the web site – come and see us. Just put DT6 3RR in your sat nav or follow the signs!