King John was responsible for starting the rope making industry in Bridport. In 1211 he commissioned, ‘according to Bridport weight’, large supplies of hempen thread to produce ships’ ropes and cables, due to the imminent war with France. Two years later King John ordered that there be ‘made at Bridport by night and day, as many ropes for ships both large and small as they could’. Ropes from Bridport had many other uses and the term ‘To be stabbed by a Bridport dagger’ merely meant to be hanged at the gallows! Perhaps the most significant act that secured the future of Bridport as a centre of rope and net making came during the reign of Henry VIII, when it was ordered that ‘all cordage for the English Navy should, for a limited time, be made at Bridport or within 5 miles of it and nowhere else.’ In fact this act was then confirmed by almost every parliament for a further 60 years. 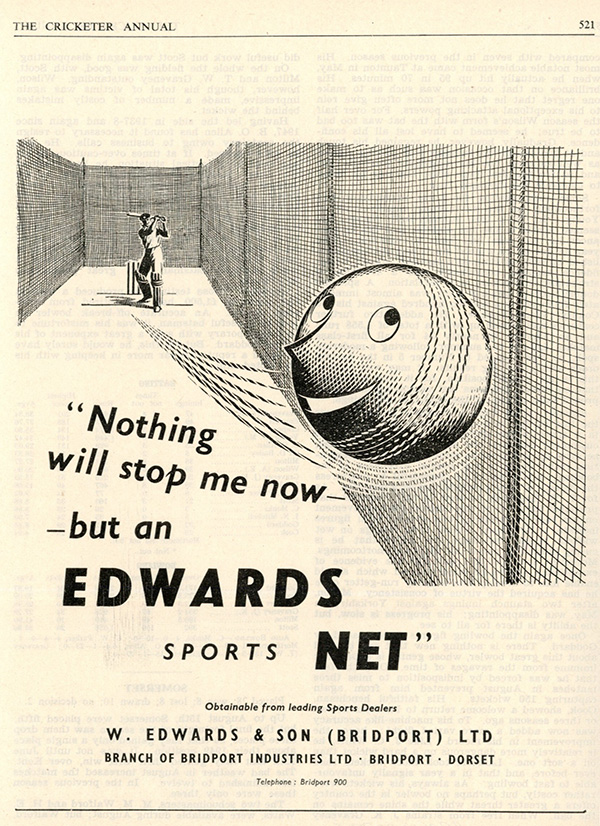 In the 1800s the northern end of the Estate then known as ‘Hemplands’ was owned by the Gundry family. Later William Edwards, the son of a sailcloth weaver, began manufacturing rope and twine. Over the next 20 years two significant markets opened up for the Edwards business – lawn tennis and football. Edwards became the official supplier to Wimbledon in the 1870s – an arrangement that continues today. W.Edwards and Sons were then given the exclusive manufacturing rights for the ‘production of football goal nets for the English Football Association.’

Another family business that based itself in the buildings numbered 34 – 40 St Michael’s Lane was William Gale & Sons. William had three sons, Sidney, Fred and Albert and it was under their guidance that Gales began to make nets as well as twine and so successfully that in 1946 the business was acquired by the fast expanding Edwards Co to provide ‘an entry into the fishing net business.’

Eventually both businesses were acquired by Bridport-Gundry Ltd and by 1966 production had moved ‘across the road’ to The Court Works in West Street, Bridport. Soon after all the Edwards and Gales factories alongside and behind St Michael’s Lane were sold to Hayward & Co.